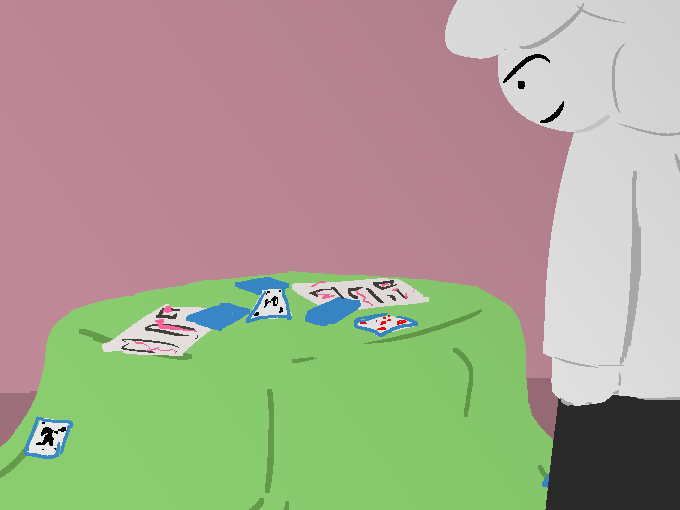 At the center, of course. Your base of operations surrounds this central planning spot. ...Though it’s really just a place you can play board games and stuff. Mostly with yourself.

Littered across the top of this essential workstation are playing cards. A lot of them, too. They remain scattered about your room after a high-stakes match of your least favorite card game began: 52 Pickup. Refusing to lose, you’ve been waiting for someone else to pick them up, making you the winner of the exchange. The only problem is that you won’t let anyone else up here. Also, you may have just dropped them, but you’re sure that’s exactly what your rival would want you to think.

You skim a couple of your character sheets, which are mostly unfinished. You love making characters, but you often run out of ideas and leave them as nothing more than concepts. Most of them never see a session of your tabletop games, a truly grim fate. Here lie two victims of your boredom.
> +>
Start over | Go back Settings [ Toggle GIFs | Toggle warnings ] | View Log   (45)